Where Are Cacti Found?

Discover the places around the world where cacti can be found. Explore the origin of Saguaro, Cholla Cactus, Disocactus, Mammilloydia, Queen of the Night, Prickly Pear, and Barrel Cactus.

Cacti have an exotic flair that makes them incredibly attractive to gardening fans. They can be found in almost every store in the world, and have growers in every corner of the map, too. But, did you ever wonder where cacti originally came from?

Where are cacti found? Cacti can be found in almost every major continent, though they are most commonly found in North and South America. Certain cacti can also be found in Africa and Southeast Asia.

If you recently got a baby saguaro or just started to get into the succulent craze, you’re probably wondering about the native regions of cacti. The truth is there is no one location where you are bound to find them. Let’s talk about the most common regions where you can find cacti, shall we?

Where Are Cacti Found?

Though there are exceptions, cacti are generally found in climates known for hot, dry, sun-filled weather. That is why they are most commonly seen in deserts. While most cacti require desert areas to thrive, it’s possible to see certain species of cacti live it up in rainforests, tundra, and temperate climates.

What Makes A Cactus A Cactus?

Most people assume that cacti are just giant succulents, but that is not quite true. Cacti are a category of succulents that are known for growing spines and bumps that help protect it. They are also recognized by their ability to conserve water and for their waxy exterior coating.

The other thing that distinguishes a cactus is a feature called areoles.  These are the round bumps that the spines and flowers grow from.

Where Are You Most Likely to See A Cactus?

When people think about cacti, they tend to think about the hot regions of the American Southwest—like Arizona, Texas, and New Mexico. There is a good reason for that. Most cacti that you will see being sold in stores come from this region, or in similarly dry parts of Mexico and Central America.

Most people don’t realize that South America has a massive array of cacti that call the continent home. Areas in South America that are known for having cacti include deserts in Chile, Brazil, Peru, and the Amazon Rainforest.

The furthest you will see cacti growing naturally is around central Canada. These cacti are known for being hardy and tend to be petite in stature, rather than the tall, prickly species you would expect to see near Mexico.

Where Do the Most Popular Cacti Come From?

Almost all cacti originate in the Americas, so it’s fair to assume that the cacti species you adore come from the United States, Central America, or South America. If you’re curious about the specific regions of your favorite prickly plant, look at the information on these popular picks below:

What Cacti Species Can Be Found Outside of The Americas?

Cacti are almost entirely an Americas-only phenomenon. One cactus species has its origins in Africa and Asia. This cactus is called Rhipsalis Baccifera, or “Mistletoe Cactus,” due to its striking resemblance to the Christmastime plant.

Rhipsalis typically grows in deserts of Central Africa, as well as on the island of Sri Lanka. Smaller pockets of the cactus have been reported in other pockets of Southeast Asia as well, but these regions are extremely small.

How Can Cacti Exist in Canada?

Though cacti typically prefer hot weather, there is nothing that says cacti can’t thrive in colder temperatures. Many cacti species have plant leaves that are thick enough to regulate their temperatures in those areas.

How hardy a cactus is depends on the species. Some can handle the cold, but most cannot.

Don’t Prickly Pears Exist Outside of The Americas?

Many people believe that there are prickly pear species that are native to countries outside the Americas. This is not true. Prickly pears all originated in the Americas with other cacti. Their edible fruit made them a popular plant to cultivate.

Where Can You Grow Cacti?

While it’s best to have cacti grow in the areas they are native to, it’s important to realize that these plants have an amazing range of climates where they can thrive. If you pick the right species, there is no reason to assume that you cannot grow a cactus near you—even if you don’t live in the United States.

For example, Agave Palmeri, which is native to the Southwestern corner of the United States, can be grown outside in the Midwest or East due to its cold-hardy nature. Many cactus aficionados in Asia and Australia now grow agave plants of their own indoors and outdoors thanks to its adaptability.

If you are genuinely interested in growing a cactus, there are tons of species that are famous for being able to handle indoor growth with ease. Barrel cacti, in particular, are popular choices for indoor homes—as are agave plants.

If you were hoping to find out about cacti species that are native to Europe or mainland Asia, we’re sorry to disappoint. The only places you will find the common cacti people enjoy growing are in North and South America.

Unlike almost any other type of plant, cacti are a “New World” phenomenon, with the center of all cacti cultivation being in the American Southwest and Mexico. The only cacti that are not native to the Americas are Mistletoe Cacti. These are found in Asia and Africa.

While growing cacti in their native regions is ideal, cacti can now be found growing throughout the world. So, while cacti are only traditionally found in the Americas, you can now find them in almost any desert, home office, or succulent collection in the world. 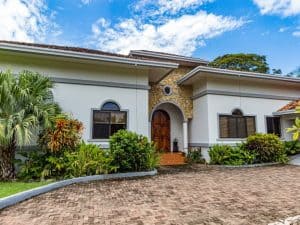 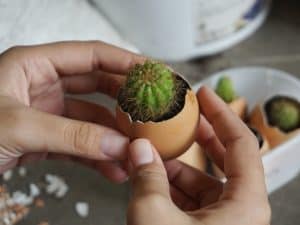 Can You Eat Cactus: A Guide About Edible Cactus Plants 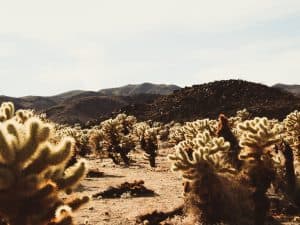 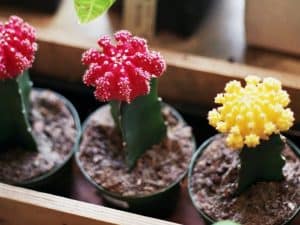 How To Grow And Care Fore Moon Cactus? 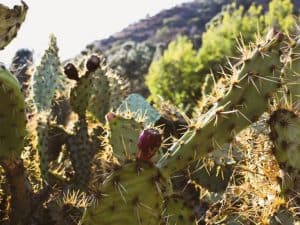 What kind of cactus live in the desert? 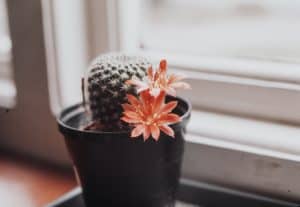 How Long Does a Cactus Flowers Last?

Even after blooming, the length of time the flowers last will depend on a wide range of factors and how you take care of your plant
Read More 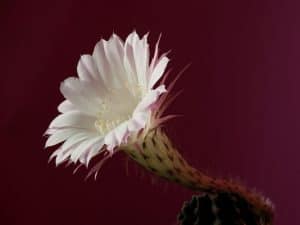 How Often Does A Cactus Flower Bloom?

Too much heat, overwatering, and not finding the right balance between darkness and light can all result in your cacti plants not flowering. Here are a few ways of ensuring your cactus blooms when its right comes
Read More 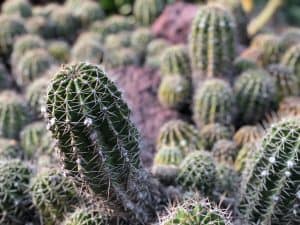 How To Save A Rotting Cactus?

It is possible to save a rotting cactus as long as the damage isn’t severe, Be sure to take action as soon as you notice any signs of rot on your cactus plant. Keep in mind that this is a serious problem that can easily lead to the death of your Cacti
Read More 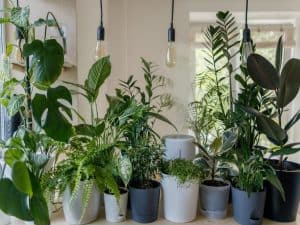 The desert is an amazing place to explore and discover and what some people don’t know is that many of the unique plants found in the desert can also be grown in your home or office. These five amazing plants will give your indoor space a refreshing look with extremely low maintenance
Read More 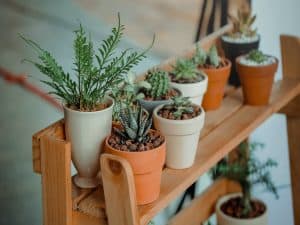 What Do Cacti Need To Survive?

Many people prefer keeping cacti as a houseplant because they are low-maintenance and easy to care for. As long as you provide it with sufficient light, air, water, drainage, and nutrients, your cactus will not only survive but also thrive
Read More 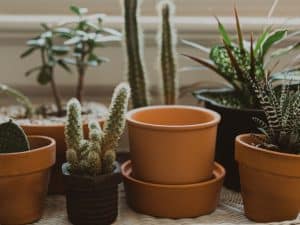 Ultimate guide: how to pot (and repot) a cactus plant?

Potting and repotting are crucial parts of growing cactus since they ensure you maintain the ideal pot size at all times. As long as you follow the steps outlined in this guide, you can pot/repot your plant without a problem
Read More 7 health benefits of having cactus in your house 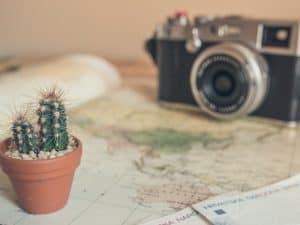 Where In The World You Can Find Cactus?

Each cactus species is well adapted to growing in specific areas that experience a certain climate, Generally, most cacti species grow in hot and dry regions in North and South America but not only, we are here to explain
Read More

Why Is My Cactus Falling Over?

Drooping is a relatively common problem that affects cacti plants. While there is no specific cause of the issue, a close inspection of your succulent can help you determine why it is falling over. We are here to help!
Read More 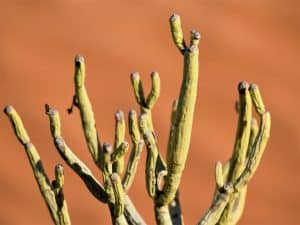 How The Cactus Is Adapted To The Desert?

Most of us know that a desert is a harsh environment, but how is the cactus adapted to the desert?
Read More Why Is My Cactus Turning Yellow?

Unlike most plants that require constant care, cactus requires minimal effort. But sometimes it might end up turning yellow and even not surviving
Read More 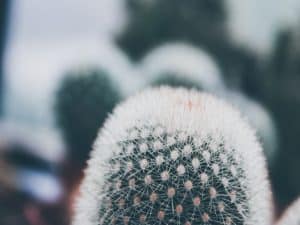 How to water cactus in winter? Here’s How to do it

Once you develop the techniques of being able to understand when your cactus needs watering, everything falls into place, and your cacti will start to thrive
Read More 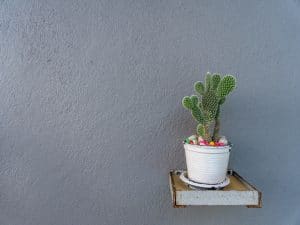 Can A Cactus Grow In Shade?

Cacti may be low maintenance plants, but there is actually a lot of care that goes into making sure cacti thrives in your home
Read More 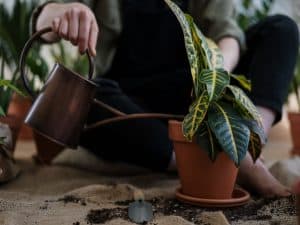 How to Water Cactus: The Ultimate Guide

Desert plants are having to adapt to the harsh conditions, so it is no surprise that some of them produce very unique characteristics to help them survive where others cannot. They have developed ingenious methods of catching and storing food and water. The cacti is one, but there are many other
Read More 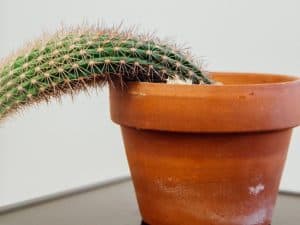 Help! My Cactus Is Dying! Why Is My Cactus Dying?

There are several common reasons why a cactus might be dying: overwatering or underwatering, getting less or more sunlight than required, and using a soil that cannot drain properly. Knowing how to maintain your cacti during the year will help them grow healthy and beautiful
Read More

When it comes to landscaping, desert plants are some of the most popular choices. This is due to several reasons. They are cheap, they require minimal maintenance and can tolerate extreme temperatures. Not to mention that most of them look spectacular. Here are 10 desert plants ideas when landscaping
Read More 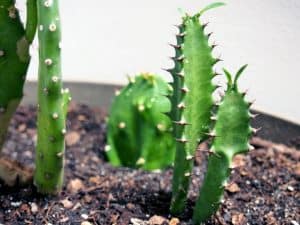 5 Signs That You Need To Cut Your Cactus

Sometimes, you need to cut your cactus to help the plant grow healthier. The signs that indicate that your cactus needs pruning include overgrown leaves and stems, mealybug infestation, rotting, dead stalks after blooming, and excess height.
Read More

Does A Cactus Need Sun? Shine Your Cactus with the Following Tips

Cacti come in a wide range of shapes and sizes and tend to grow best in lots of light, high temperatures, low moisture, and good drainage.
Read More 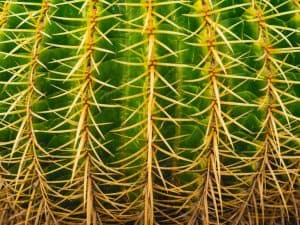 The cactus spines resemble needles and are an absolute necessity for the plant’s survival, but what to do after an injury? Here is all you need to know
Read More

Stay updated with the latest facts, tips, advice, and much more!