What Temperature Is Too Cold For Succulents?

Succulents are great for gardeners who love beautiful plants and do not have a green thumb. Succulent plants are low maintenance and can thrive right through the winter when frost and snow is present. What temperature does a succulent need in order to survive?
Gigiicon-facebook Gigiicon-twitter Gigiicon-pinterest-circled Gigiicon-instagram

Succulents are temperamental plants that should not be kept in extremely low temperatures. Cold environments cannot sustain succulents, and if you notice the temperatures dropping outside, act quickly to prevent succulents from freezing.

Why is 40 Degrees Fahrenheit Too Cold for a Succulent Plant?

Risk at Temperatures Between 30- and 40-Degrees Fahrenheit 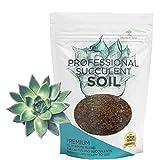 In cases where succulents aren’t brought into temperature-controlled environments at 40 degrees, you will notice some prominent color changes in your succulent as it begins to reach its freezing point. The colors will become deeper and more vibrant until ice crystals form on the leaves and other parts of the plant. The longer the succulent plant is in colder temperatures, the more frost will develop on the leaves and soil. The plant will begin to show signs of rot and a black or brown discoloration before dying.

The freezing point of succulent plants is around 32 degrees Fahrenheit. Succulent plants cannot sustain life at this temperature and will begin to freeze and die off. You should transfer outdoor succulents kept in pots or potable containers inside during the winter to keep them alive. 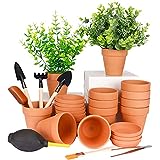 If you begin to see tiny ice crystals forming on the plant’s leaves, you will need to immediately bring it into a warmer environment. If you fail to bring the plant in once ice crystals form on its leaves, it will become harder to revive once it is in a warmer environment. Most succulents cannot tolerate frost, and if exposed to it, they will begin to fade and eventually die. Bring non-frost tolerant succulents indoors at night to avoid killing them.

Changes in Your Succulents at Extreme Temperatures

Are There Succulents That Can Live in Extreme Temperatures?

What is the Optimal Temperature for Succulent Plants?

It is essential to keep succulents at their optimal temperature around the clock. The ideal temperature for succulents is 60-80 degrees Fahrenheit. These temperatures, along with soil that is kept relatively dry, will let succulents flourish and prevent them from either freezing or burning.

The USDA developed a scale known as plant hardiness map that divides North America into 13 hardiness zones for succulents suitable to grow in those zones. Visit the USDA website to determine your area’s hardiness zone, and what types of succulents are ideas for growth in your zone. The hardiness zone map will give you the option to choose either hardy or soft succulents to plant and tell you if you’ll need to bring them indoors or if they will be able to withstand conditions year-round.

How to Keep Succulents at Optimal Temperatures

If your succulents are planted outside, you may consider transplanting them around a month before the first winter frost in your area. Succulents can be transplanted into flower pots and kept inside during the winter. If your succulents are in pots, be sure to transport them indoors at night as well as before the first frost of the winter and through the months with colder temperatures.

If transplantation isn’t an option, considering covering your outdoor succulents with a cloth before precipitation. Keeping the soil dry is a must for succulents. Keep indoor succulents away from drafty windows to prevent freezing, but make sure they still receive sunlight, either naturally or with a grow light.

Frost cloths are explicitly made to protect outdoor plants from harsh conditions. Frost cloths like the Sunpro Plant Protector can be held down with heavy objects at the corners during precipitation or cold conditions to keep plants insulated and not subject to rain or snow.

Temperatures too High for Succulents 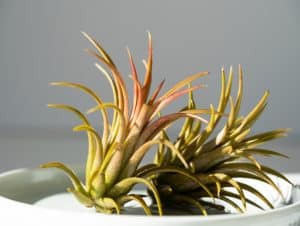 How Much Direct Sunlight Does An Air Plant Need? 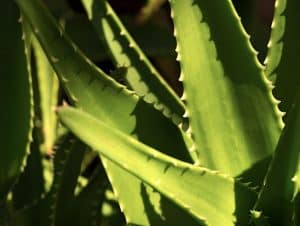 How Much Sun Do Aloe Vera Plants Need? 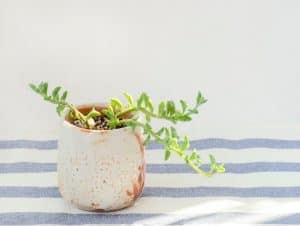 String of Dolphins Plant – Does It Require Sunlight 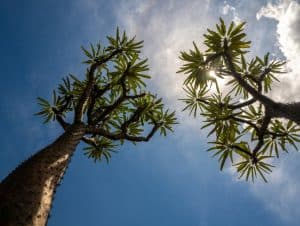 Madagascar Palm, Are They Ever In Need Of Direct Sunlight? 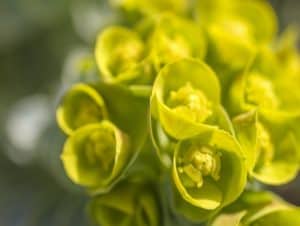 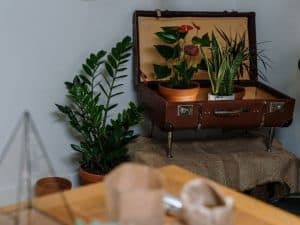 Which Succulent Is Best To Grow Indoor With Low Light?

Succulents are known for being very easy plants to grow. They most often do not require a lot of sunlight, and thrive in a variety of soil conditions. So which succulent is best to grow indoor with low light? Check out our list below to learn about the different succulents and how they’ll do in your home.
Read More 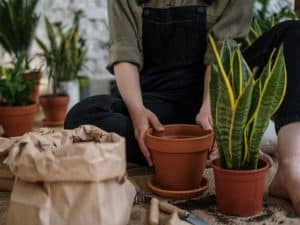 How To Repot Succulents? The Complete Guide

Repotting succulents is easy and can be an enjoyable activity if we follow a few simple rules. Having healthy and happy ‘plants’ will create a balanced and happy household, as well as give you a positive outlook on life.
Read More 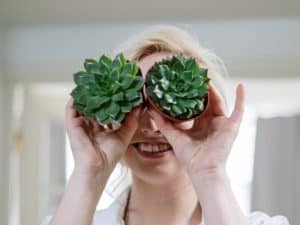 Succulents add such a beautiful festive touch to your home, and add personality (and life) to any dull corner. Although many succulent plants are easy to care for, there are some key things you should know before you purchase one. Follow this guide and learn about 14 amazing facts you didn’t know about succulents!
Read More Ultimate Guide: How to Care for Adenium Plant

Adenium plants are extremely beautiful, durable and easy to care for. These plants contain many kinds of flowers and can be used both as indoor houseplant and outdoor landscaping plant.
Read More 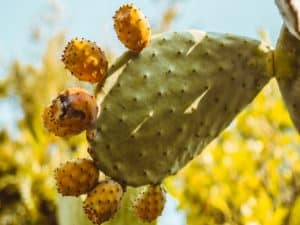 How To Eat A Cactus Fruit Or Prickly Pear?

Although cacti fruits may appear vicious on the outside, they are so delicious on the inside. However, before you get to the sweet meaty inner flesh, you will need to get past the prickly spines
Read More 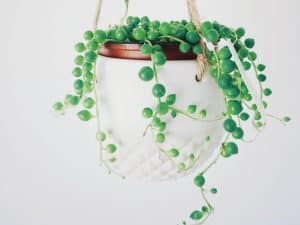 How To Care For String Of Pearl Plant?

How to care for a string of pearl plant will probably be the first question that you have. This succulent is one of the more hardy ones, but it does have some specific needs. In this article we will tell you how to care for your string of pearl plant and provide you with tips on how to make sure that you are keeping it happy and healthy.
Read More 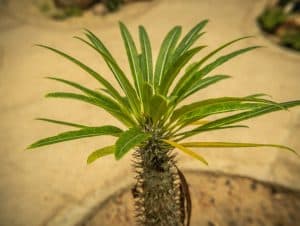 Let me show you how to propagate your own Madagascar Palm. If you don’t have this plant in your collection, you should. It’s easy to take care of and adds a exotic look to your houseplant collection.
Read More 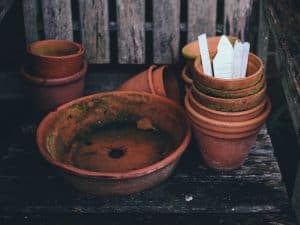 How Big Of A Pot Does A Cactus Need?

Pot size is a crucial factor to consider when growing cacti plants. Generally, the right pot will almost be the same size as the plant and more specifically, its roots
Read More 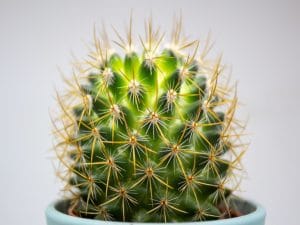 Origin of the word cactus, cactus can store water, and able to live for 200 years! Here are 20 facts about cacti that will fascinate you
Read More 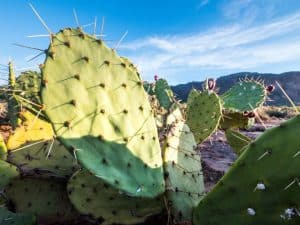 How To Grow An Opuntia (Prickly Pear) Cactus

While they must be handled with care to avoid personal injury, Prickly Pear Cacti provide a unique and rustic feel to their surroundings. Whether indoors or out, they have a way of reminding us of simpler days, of adding rugged beauty and charm in return for so little care
Read More

What Temperature Is Too Hot For Cactus?

The amount of heat that a cactus plant can tolerate will depend on its species. While some thrive in extreme heat conditions, other species may need protection from the intense heat
Read More 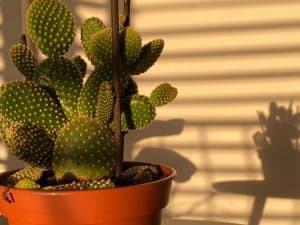 Most cacti species don’t need exposure to direct sunlight to survive. Just like other succulents, cacti plants will do well when positioned in places with good light and not necessarily direct sunlight
Read More 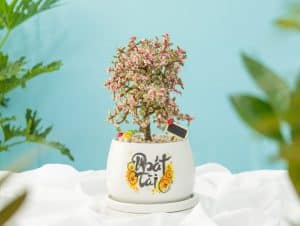 Ultimate Guide: How to Care For Portulacaria Afra

Caring for a portulacaria afra (Elephant Bush) is fairly simple but it does have some specialized needs. Elephant bush is native to the Kalahari region of Africa and will do remarkably well in similar conditions.
Read More 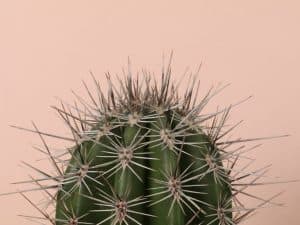 Why Is My Cactus Turning White?

There are a few reasons why your cactus spines might turn white, but generally, it’s caused by sunburn or by being overexposed to light. Don’t worry, though—while your cactus may look dead, it’s likely that the damage isn’t permanent. There are several ways to help prevent your cactus from developing sunburn in the future.
Read More 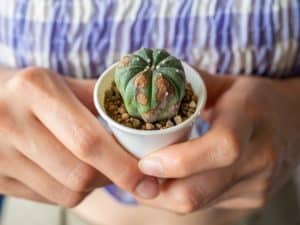 Ultimate Guide: How to fight succulents Diseases and Pests

It is important to fight pests and diseases as soon as you see or experience them. The first step is identifying what pests or disease that your succulent is experiencing. Often times dealing with pests and diseases is quite easy and will not require a lot of work on your part, but some times it may take a little more effort.
Read More 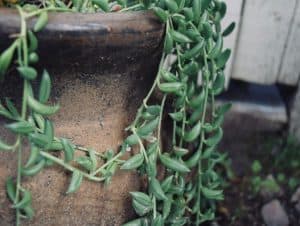 String of Bananas is best kept as an outdoor plant. It needs to be watered regularly and watering’s should be moderate in summer, slightly more in winter. Here are 8 Golden Rules for watering your plant.
Read More 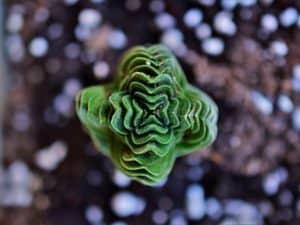 Ultimate Guide: How To Care For Buddhas Temple

This plant, also known as a temple tree, comes from South Africa. It has striking leaves that usually range from red to pink to white and are either solid or variegated. In their native habitat, they grow on cliffs and rocky areas in the winter months and are deciduous. They prefer partial to full shade and well-drained acidic soil, making them a wonderful choice for bonsai culture in the home.
Read More 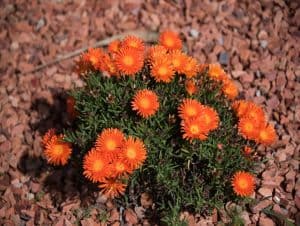 This is How to Propagate Ice Plant

Propagate Ice Plant from an Ice Plant Cutting Ice plants are very simple to propagate from cuttings. Some people say it is tricky but it really is not. Propagating grows new plants for you, which will give you more ice plant to work with or share with others.
Read More 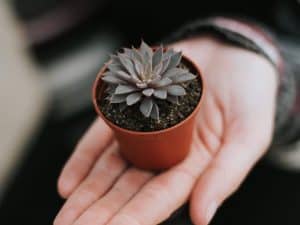 How To Easily Propagate Succulent Pups?

With propagation, you’ll have new plants in no time. Propagate your succulent pups indoors or out. Whether you decide to start from cuttings or a leaf, as long as your succulent is happy, this is a great way to get more plants.
Read More 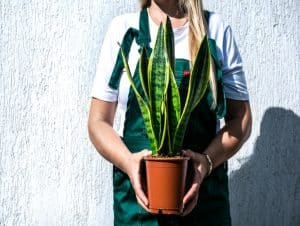 Ultimate Guide: How To Care For Sansevieria Plant

You’ve likely seen Sansevieria in homes and offices across the country, and thinking about buying one to add to your space. They’re beautiful, simple, and ancient – but what do you do with them? How do you care for it? We are here to help!
Read More

Stay updated with the latest facts, tips, advice, and more!